What can universities take away from the ‘Out & Proud’ research survey
Monday, October 21, 2019 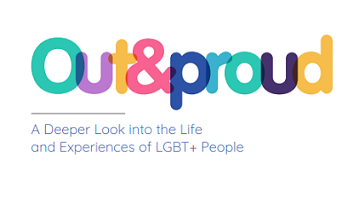 122 universities and 30 areas of study covered.

The largest study of its kind ever carried out.

With hate crimes against LGBTQ+ people increasing (including in the workplace) and LGBTQ+-inclusive sex education being protested against, questions of how far we have really come as a society when it comes to LGBTQ+ rights in education and employment still remain.

Consequently, Clifford Chance partnered with National Student Pride, the University of York and Deutsche Bank to commission Trendence to provide ground-breaking bespoke research into this issue. In the largest study of its kind, 4,139 young people at university and in the workplace were reached in carrying out Trendence UK and Ireland’s LGBTQ+ survey across 122 universities and 30 areas of study. But what has it taught universities that we didn’t already know?

Here are some of the key recommendations for universities:

There are unique concerns that LGBTQ+ students may want to be addressed when applying for a job and careers advisors need to not only anticipate these but be prepared to give appropriate guidance. Charities such as Stonewall can be very helpful in this regard, as they have university ambassadors and provide ample advice on how best to support LGBTQ+ students.

Universities should also encourage employers that come on campus to talk to students about their inclusion and diversity policies, as well as how they support LGBTQ+ applicants through the process.

The study highlights that LGBTQ+ students that come from ethnic minority backgrounds or belong to religious groups can find it especially challenging to come out and maintain their true identity, as these groups can be some of the most exclusive. One in seven LGBTQ+ people reported experiencing temporary homelessness (15%) but rates were even higher for those who were also from ethnic minority backgrounds (17%). Therefore, we advise working directly with societies to provide information and inspiration on how to support their LGBTQ+ members.

City-based universities need to create a truly inclusive environment by ensuring that their support services collaborate in aiding students with localised support – so that LGBTQ+ students attending the same university experience a consistently strong overall experience.

To view the remaining three key points we found and see the entire survey results in full, along with our full analysis, click here.